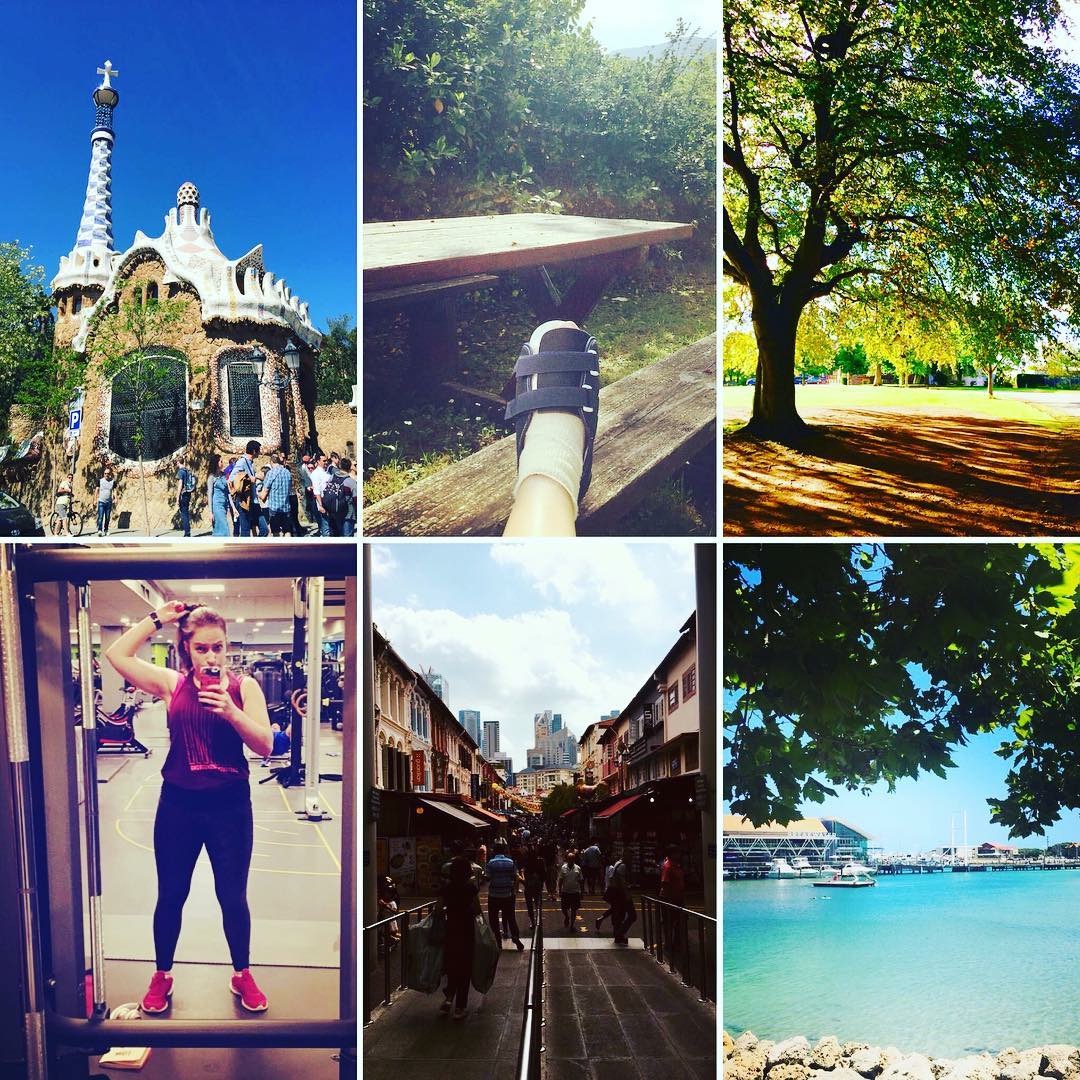 Back in January 2017 I was lonely, depressed and although trying my best to be healthy, be positive and be better, I was struggling.

I had hoped my 2017 would begin with surgery for the foot that had been causing me so much pain for so long but it turned out, like many things have seemed to be over the years, more complicated than originally thought. I therefore faced the prospect of continued pain with no end in sight. Add to that I was still heartbroken, still didn’t know what to do about the flat that I had developed a complete psychological aversion for and still had no promotion. It was going to take me a lot to make 2017 a better year.

But I am nothing if not determined – it is a character trait which has seen me come out of the gloom a number of times, stick in at University and despite what may seem a fragile exterior be stronger than many people I know. (That’s something I have come to realise this year).

I read a book – The Year of Living Danishly – and tried to put into practice many of the lessons I learnt from Helen Russell in that book. I would make the most of ‘me time’, I would practice self-care, I would treat myself well. But, like all things it just didn’t seem to last too long.

I had flirted with the idea of being mentored by a friend for a number of months. She radiated positivity and the friends I had made through her radiated positivity. Some of them had been through situations like mine but seemed to be coping so much better. Why couldn’t I let go of someone that was causing me so much pain? In the words of Helen Russell in her follow up book, he was my frog!

I would book myself a holiday. That would give me something to look forward to. Barcelona. And despite being a sceptic I had decided that I had to do something. What was the harm in seeing if mentoring worked for me?

Those first few sessions were tough but in between there were moments of hope that maybe one day things would be better. I got a new date for my surgery. I got a few more job interviews. I went on holiday, I was enjoying living with a friend. Maybe life had crept from disastrous to not all bad. I practiced positivity and just a week before my surgery finally nailed my job interview. I would start at Belhaven Hill in September 2017.

The following week I finally went under the knife and recovery went well. Only a matter of weeks later I was ready to hit the Edinburgh Festival once more and had made the decision to move back into my flat and invest in it to make it a home I truly wanted. Something had shifted. And not only in the ether – I had also lost half a stone! I felt lighter (literally and metaphorically) and that summer, very much still in recovery from my surgery I met up with an old friend…

She had transformed herself and was the epitome of health. Here was a new goal. Lift weights and look fabulous. I am still going with ‘body beautiful’ but I have a newfound love for the gym and even more importantly have rekindled a friendship which we have both been inspired by. I would never have dared to believe in January that I could be a motivation for somebody else but apparently I am and I hope to continue to be motivated and motivating to others.

The summer had been a relative success and now I would start my new job. But would it be everything I had hoped for? Would it be too far a commute? Too far out of my comfort zone? Would I lose my personal life? I needn’t have worried. Moving away from my old job has been the best career decision. I am happier, more relaxed, feel more valued, see a future, see progression, don’t have to answer inane questions which in reality have very little to do with the ability to be a good teacher and I have a new social life, new potential friends, new focus.

So I am half a stone lighter, a whole foot better, a promoted teacher in a great school, a home owner who loves her home, a gym goer and an advocate for mentoring.

I am not there yet of course. But I can see possibility and sit here in the airport waiting for my flight I feel that I have accomplished something in 2017. I feel a bit better and I feel that 2018 might just hold something great!

This is a text widget. The Text Widget allows you to add text or HTML to your sidebar. You can use a text widget to display text, links, images, HTML, or a combination of these. Edit them in the Widget section of the Customizer.